World Jewish Relief’s expertise helping people get into work has been recognized by the UK government with a significant grant from the Department for International Development (DFID) for our work in Rwanda.

For more than 8 years we have been working with vulnerable Jewish people in former Soviet countries to help them into employment. This unique project builds on the knowledge and expertise we’ve developed to benefit young people in Rwanda. The DFID grant is for £504,744 and covers 75% of the overall cost of the project with World Jewish Relief contributing the rest.

Together with Rwandan partners, UNM and SACCA, we will be helping young Rwandans from poor backgrounds and fractured families in a country which has suffered tremendous trauma as a result of the genocide. This shared history of genocide with the Jewish community prompted World Jewish Relief to start programmes in Rwanda 12 years ago.

The three year project will take place in mainly rural areas of Eastern Province Rwanda. It will focus on helping young people create successful farming businesses or guide them towards careers which are in particular demand in the local area, including construction, hospitality and beauty.

Alongside technical skills, specialist workshops and business support for entrepreneurs, participants will also be taught soft skills such as developing a positive mind-set, confidence building and problem-solving. They will also receive introduction to employers and taught how to develop business networks and access markets.

Farming in Rwanda has traditionally been viewed as low-income and low-skilled but World Jewish Relief has implemented previous projects in the country which have shown that Rwandan farmers can greatly increase their income by producing high value crops and having access to the right markets.

Ekaterina Mitiaev, Head of Impact and Livelihoods at World Jewish Relief says: “The programme will awaken more than 2500 vulnerable young people to the possibility of a future of prosperity and dignity. Not only they will substantially increase their incomes and lift themselves and their family members out of extreme poverty but they will also leverage the project’s impact through inspiring their peers, becoming role models and creating jobs for others.”

Stacey Swimer, Director of International Programmes and Partnerships at World Jewish Relief says: “We are delighted with the funding from the Government’s UK Aid Direct Fund which will enable us to make a significant lasting impact for the participants and their families through this unique and transformative programme. As a Jewish organisation it is imperative that we reach out to those who have a shared history of persecution and to help them in the best way we can. We have been doing this since the 1930s when Jewish refugees escaping Nazi-Europe sought found refuge in the UK and we continue to use our expertise to help people, who are impoverished and marginalised, to rebuild their lives and their communities.

Olive, 22, is undertaking a 2 month internship as a hairdresser after graduating from SACCA’s vocational hairdressing course, part of World Jewish Relief’s DFID funded programme. Olive left school at 17 but had been unable to find work. She had been stuck at home with no options and felt like a burden to her family until she was accepted onto the course, 5 days a week for 3 months.

Olive is very bubbly but slightly reserved and says “I had always liked doing hairstyles but although it was a passion I had never seen it as a career or a way to make money.” But she says the internship has given her a new sense of aspiration and ambition. The realisation she can do something and achieve things gives her a great sense of pride and she is happiest that she can now contribute and help her family.

John Baninde is Olive’s employer. He has 3 hairdressers and 18 employees including 3 who have previously graduated from the vocational course. He says he struggled to find trained staff who knew how to style hair and also understood customer service. But he’s been hugely impressed with the skills of the trainees who have taken part in the course and now knows where to get new staff.

Jean de la Paix, 23, graduated from the culinary arts vocational course before starting a 2 month internship at the Eastland Hotel. After just 2 weeks the hotel offered him a full time job as an assistant kitchen chef. Jean finished school in 2017 but couldn’t find work and stayed at home helping the family around the house. He says he felt worthless with nothing to do and found it very difficult asking his parents for help all the time. He had always enjoyed helping his mum prepare food and was excited when he found out about the programme. He says he enjoyed spending time with the other young people on the course and liked the combination of theoretical and practical training. He now works in the restaurant and bar of the Eastland Hotel and says the job is perfect for him and he is very grateful for the opportunity

J Paul, 23, also graduated from the culinary arts vocational course at the same time as Jean de la Paix and got an internship in the same hotel as a barman. J Paul left school in 2016 but there was low employment in his local area and he struggled to find work.

He helped his family cultivate a small plot of land but farming didn’t support his family and he always dreamed of having a professional career. He says he likes being a barman because he enjoys customer care, serving people and helping them have a good time.

Emmanuel, 25, is also interning at the Eastland Hotel as a waiter and front of house. He had previously trained for two years to be a mechanic but couldn’t find a job as no-one was hiring and says he felt useless. But he knows there are jobs in hospitality and is pleased that the government is promoting tourism. He really enjoys the work and says he enjoys working with people, dressing smartly and now has something which is his, he feels proud of and is good at.

These farmers are part of the second group of 375 participants to be enrolled on the agricultural training programme in January 2020. They were split into groups of five people and now rent the field they are working in as part of their collective. They have received intensive training on modern agricultural techniques including how to grow high yielding, high quality crops such as tomatoes.

This group of farmers are taking part in a specialist workshop with World Jewish Relief staff member Ekaterina Mitiaev. She is showing them how to analyse the results of their first season’s harvest which is part of the training to help them develop an entrepreneurial mindset. They are reviewing the main indicators including crop quality, yield and income which many of them would not have used previously as standard.

The Department for International Development (DFID) leads the UK’s work to end extreme poverty. It is tackling the global challenges of our time including poverty and disease, climate change, insecurity and conflict. Its work is building a safer, healthier, more prosperous world for people in developing countries and in the UK too.

UK Aid Direct is a five-year, £150 million challenge fund designed to support the UK’s commitments to achieving the Global Goals including sustained poverty reduction. UK Aid Direct grants are for UK and international civil society organisations working to reduce poverty overseas. World Jewish Relief has received an Impact grants for projects of between £250,001 and £4m.

World Jewish Relief is the British Jewish community’s international development and humanitarian agency. We support vulnerable Jewish communities across eastern Europe and respond to crises around the world, regardless of the faith or nationality of those affected. Our Livelihood expertise enables us to help vulnerable, impoverished and marginalised people into work so they can support themselves and their communities. Our Livelihood work in Rwanda has been supporting a generation of young people who have grown up with the trauma of the genocide and with limited economic opportunities. We also run an agricultural livelihoods programme in Uganda assisting the KKSY and Buseta Jewish communities there. 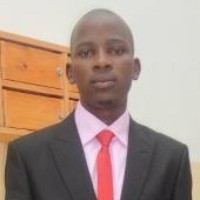